It's Sunny Side Up in the Cloud for Eggs 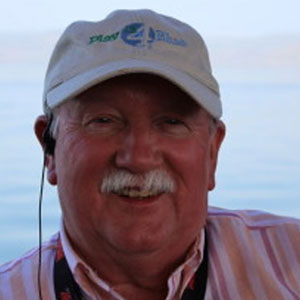 Cal-Maine Foods,  a producer and marketer of fresh shell eggs in the USA passed the milestone of marketing over one billion dozen eggs in one year for FY 2014. Two years ago, Cal-Maine, faced with an aging IT infrastructure made a bold decision to move 100 percent of its Tier One applications to a virtualized private cloud environment managed by Virtacore, and housed in an Equinix datacenter in Reston, VA.

Before putting its trust in an IaaS (Infrastructure as a Service) model, Cal-Maine looked at public and private cloud offerings from many of the major providers. With Cal-Maine's total annual expenditure for all IT including Telephony and Cellular at less than two-tenths of 1percent of revenue, the company looks at IT expenses based on how many dozen eggs it has to sell to pay for the item or service. The goal was to partner with a company that provided close personal support at a reasonable cost.

During this 2 year period of providing IaaS, Virtacore, has proven to be a valued partner for Cal-Maine. Their personalized attention to Cal-Maine's needs has greatly contributed to the success of this bold venture. When IaaS was compared to the cost for Cal-Maine to rebuild its corporate owned server environment as well as building out a vendor hosted DR site, the company saved about $500,000. That's a lot of eggs.

Convincing Cal-Maine's management and IT staff to release control of its Tier One IT infrastructure was a bit of a challenge because IT departments tend to be very protective of their territory. One consideration when using IaaS is, what would happen if some unforeseen disaster causes the vendor to close its doors. To mitigate those concerns, Virtacore replicates transactions back to Cal-Maine's corporate server farm enabling Cal-Maine's older infrastructure to be the DR site. This satisfied the objection and fear of totally losing access to the data.

The path from contract to implementation took longer than anticipated and was certainly fraught with some pain points. The delay was partly due to Virtacore's acquisition of completely new server infrastructure and moving into a new facility on the Equinix Reston campus. Additionally, Cal-Maine's ERP vendor, Cultura, was finalizing the development and deployment of the core software platform. Cal-Maine being Cultura's largest egg industry customer created a demand for system performance the vendors had not fully anticipated. At times like that, it is extremely important for a company's vendors to be flexible partners and Cal-Maine was blessed to have two valued vendors (Virtacore and Cultura) willing to step up to the plate and focus on problem solving rather than finger pointing.

“Adding a server is simply spinning up a new VM which is very helpful to a small IT staff that supports a billion dollar public company.”

Another challenge is implementing tools to monitor system performance. Cal-Maine has 40 processing/production facilities, two egg product plants and 22 feed mills scattered across the US. Most of those are rural locations where the last mile of telephone/data lines are on a barbed wire fence. In other words, the communication infrastructure to locations can vary greatly from DSL to Wireless, Cellular, T1s, Satellite and sometimes Fiber. Access to the cloud is via SonicWall VPNs leveraged across the internet. Understanding an end user's experience and performance is difficult at best. The company has yet to find the Holy Grail in monitoring tools which would pinpoint specific bottlenecks.

The greatest advantage to a private cloud is the ability to get additional processing power when needed without having to purchase new hardware infrastructure. More memory, CPUs, processors or storage are merely an email away. Adding a server is simply spinning up a new VM. Those conveniences are very helpful to a small IT staff that supports a billion dollar public company. For those reasons and many more, Cal-Maine believes its decision to move Tier One applications to a private cloud has been a good one. And, that is why it's Sunny Side up in the cloud for eggs.

COVID-19 Creates a Myriad of Compliance Challenges for Employers

Risk Exposures and How to Tackle them

Putting The Customer At The Centre Of The Energy Transition

The Rise of Algorithmic Trading In The Power Sector