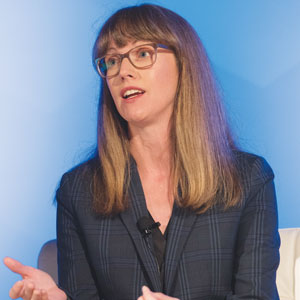 My first job out of college was at a daily newspaper. Some of the reporters on staff had started their careers using typewriters. If they wanted to move a paragraph up on the page, they’d need to start a new draft altogether. This blew my mind. In my era, we used CTRL-X! And yet, the newspaper’s website was primarily geared to letting people know where to mail the check for their subscriptions. You’d have to wait until the evening edition of the paper hit your doorstep to know what was going on in your community.

​More surprising is the fact that meat production today causes more climate change than every plane, train, and automobile in the world combined

Of course, science and technology have solved these problems — and so many more — and in the process, improved our lives. Now, however, we are facing greater threats than frantically typing when a deadline looms or being in the dark on the outcome of selectmen’s meeting.

Two pressing questions today have to do with our food supply; specifically:

However, rather than helping us, address these issues, current methods of producing the food at the center of the plate — meat— actually make it harder to feed our growing population. Perhaps even more surprising is the fact that meat production today causes more climate change than every plane, train, and automobile in the world combined.

No matter how much we engineer and manipulate them, animals will always be inefficient at converting food to flesh. The vast majority of crops we grow and feed to animals like chickens go to their general metabolism. Other calories go to growing brains, blood, and bone.

According to the World Resource Institute, it takes nine calories of crops to get just one calorie of chicken meat. That’s not 40 percent food waste – that’s 800 percent food waste. If we are growing nine times more calories than people consume, we are using that much more land, water, fertilizer, pesticides, and herbicides. We’re using that much more fossil fuel to plant, harvest, and ship all these extra crops. And then we’re using even more fossil fuel to run the industrial animal farms. And then still more to ship the animals to slaughter houses.

The rise of industrial animal agriculture has led to other significant problems. Most antibiotics are no longer used to make sick people better. Rather, they are fed to farmed animals at subclinical doses to keep them alive in filthy conditions. This is the perfect way to drive the evolution of antibiotic-resistant “superbugs.” By 2050, these “superbugs” could kill 10 million people every year. A large review by the UK government found the threat of antibiotic-resistant diseases is “more certain” than the threat of global warming.

The range of harms caused by industrial animal agriculture isn’t something we can deal with on a local level. Outlawing antibiotics on farms in the United States won’t stop the next global pandemic from starting in China. Limiting the size of animal farms in the EU won’t stop the greenhouse emissions from animal agriculture from continuing to cause sea level rise and increased droughts.

Although these harms are known, meat consumption around the world is soaring in countries like China and India. Even in the United States, the average person is eating more meat than ever before.

The vast majority of people will continue to eat meat – in most cases, as much as they can afford. At the Good Food Institute, we recognize that the solution is to give people what they want, but produce it in a way that doesn’t waste food, worsen global warming, or create the next pandemic.

Fortunately, a number of great companies are making plant-based meat for meat eaters. They are doing it by breaking meat into its component parts – amino acids, lipids, carbohydrates, water – and building meat with these same elements from plants. Companies like Beyond Meat and Impossible Foods now have their products in restaurants from high-end establishments to TGI Fridays and White Castle.

And clean meat is on the horizon for those who think they will never eat plant-based meat. Clean meat is real animal meat grown in a clean facility rather than as part of an animal. Like clean energy, clean meat is produced with far less harm to the environment. With no slaughterhouses involved, the clean meat will also be physically cleaner – with little to no microbial contamination and no antibiotic or other drug residues.

These two technologies –plant-based and clean meat– will give everyone the meat they want, with all the tastes and textures we are accustomed to, but without the waste and without the climate impact. There’s plenty of room for more people and more companies to get involved in this transformation of the trillion-dollar meat market. Be part of improving humanity’s future!

The New Bridges and Barriers to an Integrated World view

Data Literacy –What is it and Why Should Your Company Care?